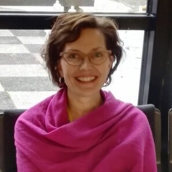 Seija Jalagin (seija.jalagin(at)oulu.fi) researches refugees, participation and citizenship in Finland and Sweden. She focuses on immigration policies and refugee regimes in relation to the Soviet Karelian refugees from 1920 to 1950. How did immigration policies evolve and how and by whom were they implemented? How did the political and economic circumstances affect these policies and respective practices? What kind of agency did the refugees have in trying to integrate into new localities and communities, and the receiving society in general?

Seija Jalagin is a specialist of cultural interaction and gender history. In her earlier research, she has written and published about Finnish Protestant mission work in Japan and in Palestine/Israel and on the stereotypes of Japan and Japaneseness in the West.

In my research I explore the case of Lapland War (1944-1945) evacuees and their marginal place-makings and sense of belonging, which holds important relevance to narrated citizenship. I study the claims for belonging and negotiations around citizenship also through the concept of recognition, which according to Charles Taylor, reﬂects a vital human need, crucial to our ability to become full human agents. During the Lapland War over 100, 000 people were evacuated either to Finnish Ostrobothnia or to Sweden. By interviewing the evacuees, I aim to obtain more knowledge on their experiences of displacements, their encounters with the locals, and on the ways evacuees claimed a belonging in the receiving areas.

I am a Ph.D. in environmental sociology and currently work as a postdoctoral researcher at the University of Tromsø in The Arctic University of Norway. Previously, I have worked in the fields of human – environment relationship studies and rural education. I am interested in people’s experiences and the social contexts of their narratives. Power relations, inequality, marginal positions, counter narratives as well as forgotten and rejected narratives have been of interest to me throughout my research career. Methodically, I often conduct multimethod research combining qualitative methods with quantitative surveys and statistical data. 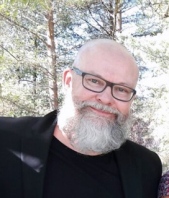 Literature researcher Ilmari Leppihalme (ilmari.leppihalme(at)oulu.fi) is interested in the inner stories of the forced displacement of Karelian people. He will consider the Finnish evacuee literature in the context of international diaporic literatures – instead of the narrowly nationalist one. In the ReBel-project he will investigate evacuee novels of Karelian born Anu Kaipainen related to following questions: 1) heavy silence and sites of (mis)recognition, 2) embodied memories and affective (re)mapping and 3) autobiographical writing and autofiction as politics of memory. Besides Leppihalme will produce with a fellow literature researcher in the project, Hanna-Leena Nissilä, a meta-theoretical reflection about the specific nature of literature as a research material in this kind of interdisciplinary project. Leppihalme and Nissilä will also consider the possimilies of fiction as a part of knowledge production.

Leppihalme works as a university teacher of Gender studies, Literature and Film studies and belongs to the gender studies team in the University of Oulu. He has gained experience in many interdisciplinary projects and is familiar with the challenges of rewriting literature history (e.g. as an editorial secteretary of Suomen nykykirjallisuus1–2, 2013). He is the member of the editorial board of two scientific journals and has recently edited with Jyrki Korpua the special number “Borders” of the Finnish scientific journal Kulttuurintutkimus (Cultural Studies, 1/2016). ). In 2019, he defended his PhD thesis in literature concerning the literary strategy of Anu Kaipainen.

Literature researcher Hanna-Leena Määttä (hanna-leena.maatta(at)oulu.fi) investigates memories of war and forced displacement durign and after the World War II in literature. In this ongoing research project, Määttä focuses on so called evacuee literature as a genre of creative remembrance and culture memory. She is interested in intertwining and cross-bordering aspects of memory, war, forced displacement, belonging and identity.

In her doctoral thesis Määttä investigated literature published by writers with migrant background and transnationalization of Finnish literary life during the 2000th in Finland. She was part of the project called “The Transnational Connections of Finnish Literary Culture” in 2012-2013 funded by Koneen Säätiö, and one of the authors in the project of contemporary Finnish literature history (Hallila et al. 2013, Suomen nykykirjallisuus 1–2).

In current public and academic discussions it is said that a common European identity has yet to fully emerge. It is being challenged by recent crises such as the conflicts in Syria andthe Ukraine, and by migrants and asylum seekers that come to Europe. While at the same time acknowledging the supranational aspirations for common Europeanness this project will be focusing more on locallevel, where different communities live together and are still governed by national regimes. In an age of increasing migrations (forced and voluntary), we will investigate how displaced people can eventually become accepted in their host societies.

We will be looking at how the forced migrants of World War II narrated their experiences of recognition and misrecognition in the communities that received them. This should enable a more holistic understanding of the processes of social and political inclusion, and of the different levels, forms, and mechanisms involved. Our aim is to increase knowledge of what works and what is problematic in how both representatives of the state, and ordinary citizens relate to immigrants. In this way we will also be able to contribute to discussions about current immigration policies and interaction between migrants and locals in the host society.